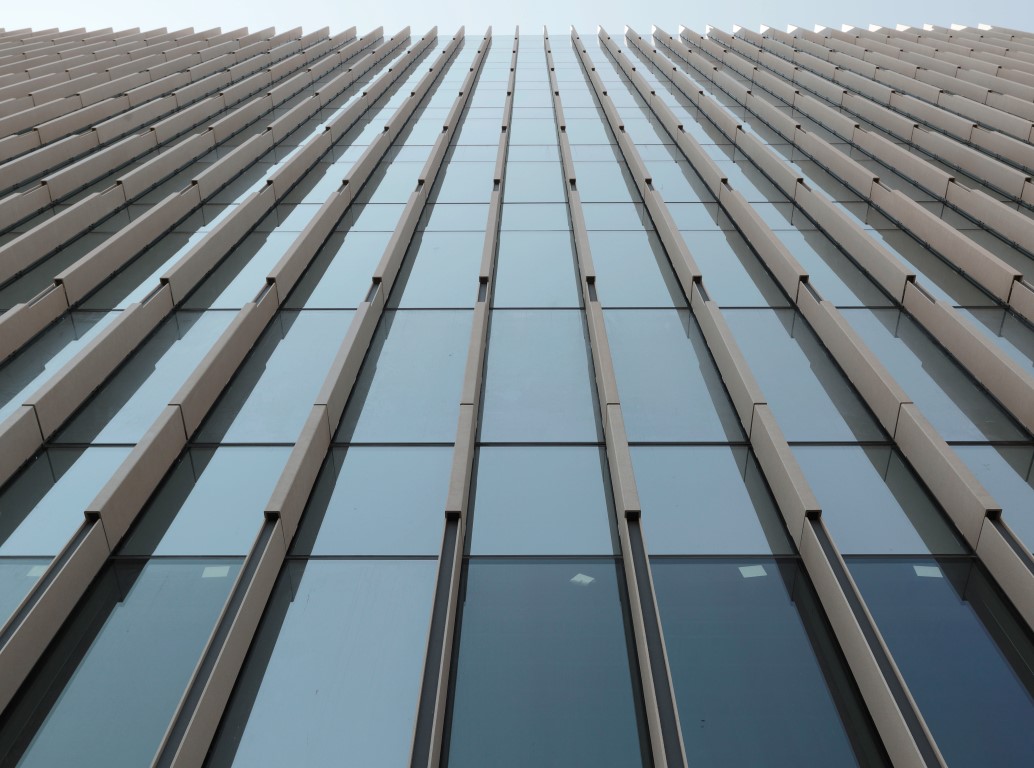 Rieder has successfully used concrete to create an element-facade out of slim formparts with an integrated mounting system - as seen on the new Boston University „Center for Integrated Life Sciences and Engineering“. Depending on the viewing angle, the overhanging concrete panels allow the facade to appear both transparent and opaque at the same time.

The location for the new Center for Integrated Life Sciences and Engineering (CILSE) is quite symbolic. Directly located on Commonwealth Avenue, the building serves as the new figurehead in terms of interdisciplinary research for Boston University’s entire Charles River Campus. The unique location and sophisticated building architecture is intended to reflect the importance of neuroscientific research and interdisciplinary cooperation.

formparts Facade as a Scientific Flagship

CILSE (Center for Integrated Life Sciences and Engineering) was designed to provide a wide range of research methods with space to work. The building is Boston University’s first research building whose facade faces directly into Commonwealth Avenue, and it creates a new “entrance door” for science along this main thoroughfare. Cummington Mall’s major research institutions are brought into the foreground on campus. Thanks to Rieder’s sandstone-colored concrete elements, this building envelope recalls the material of the original campus architecture. At the same time, the geometric shapes and the use of large glass surfaces give the building the opportunity to stand out and create access to the centre of campus.

The need to construct a building which can be flexibly used in a compact space led to what at first glance appears to be very linear architecture. However, the cubage of the new building is a sympathetic nod to the architecture of the broad-shouldered Art-Deco-Gothic buildings on campus.

Payette Architects reinterprets this historical style in a sophisticated manner and propels it in contemporary architecture. The sandstone-colored concrete elements on the glass facade act as protection from the sun, and at the same time highlight the benefits of the transparent glass facade.

The Payette design team felt that a purely glass facade would be too commercial for the urban campus, especially considering the other commercial developments in the immediate vicinity. CILSE represented an opportunity to support the campus with its individual and coherent architectonic identity.  CILSE’s well-known location at the entrance, clearly visible from Kenmore Square and towering over Morse Auditorium’s copper dome, only strengthened this conviction. While a large majority of new university buildings continue with the red brick tradition of the historic townhouses along State Road, the architects instead wanted to enter into a dialogue with the core buildings around Marsh Plaza, further west along Commonwealth Avenue.

On both the sides where CILSE borders public space, a 10cm wide vertical pattern of formparts adorns an area of highly reflective glass surfaces. In fact, these concrete panels are continuously formed U-shaped glassfibre reinforced concrete elements which are supported by an elaborate system of pre-assembled mechanical anchorages.

The development of this mounting system allowed Rieder to rapidly install the 1,300 U-formparts made of glassfibre reinforced concrete. Fast and weather-independent installation was guaranteed thanks to the pre-mounting of the structural anchors. The formparts were simply hooked to the substructure and finely adjusted. The substructure required less material thanks to the low weight of the just 13mm thin elements, as well as the high span width of up to 4.25m.  Therefore, formparts offer an economical solution for the entire building envelope.  Payette Architects has created a modern envelope for a high-tech building with glass facades and the formed glassfibre reinforced concrete elements. This building will at the forefront of the many significant buildings on campus.

Lined up closely together, the panels change their rhythm as they near the edge of the building and then disappear behind it. At ground level, flat concrete panels filled with gray glass fibre build a counterpoint to the vertical grain of the facade and produce a striking diagonal effect from the street.

Along this “public” side, where the building is viewed at an angle, a special dynamic effect develops from the combination of vertical panels and reflective glass. At a distance, the glass is not visible between the panels, making the walls seem closed. However, when approaching the building the glass surfaces become more apparent until the panels disappear completely.

The building envelope is almost completely reflective, before the opposite phenomenon appears and the earthy materiality of the building once again prevails. The resulting effect is unusual – the same building appears both glassy and opaque at the same time.

CILSE’s other two facades are inward-looking, and laboratories and other service areas are located here. Despite changes to the requirements, the simplicity of the building structure makes it necessary to stay within the range of glass and concrete materials. Therefore, in a compositional approach, two wide strips of sandstone-colored concrete separate the window surfaces. Glassfibre reinforced concrete from Rieder in a U-form was also used here – however with a wider back. The width of the formparts is in turn identical to the glass surfaces on the public side of the building. Special attention is paid to the corners of the building, where the glassfibre reinforced concrete is reinforced by deep panels in flat form parts.