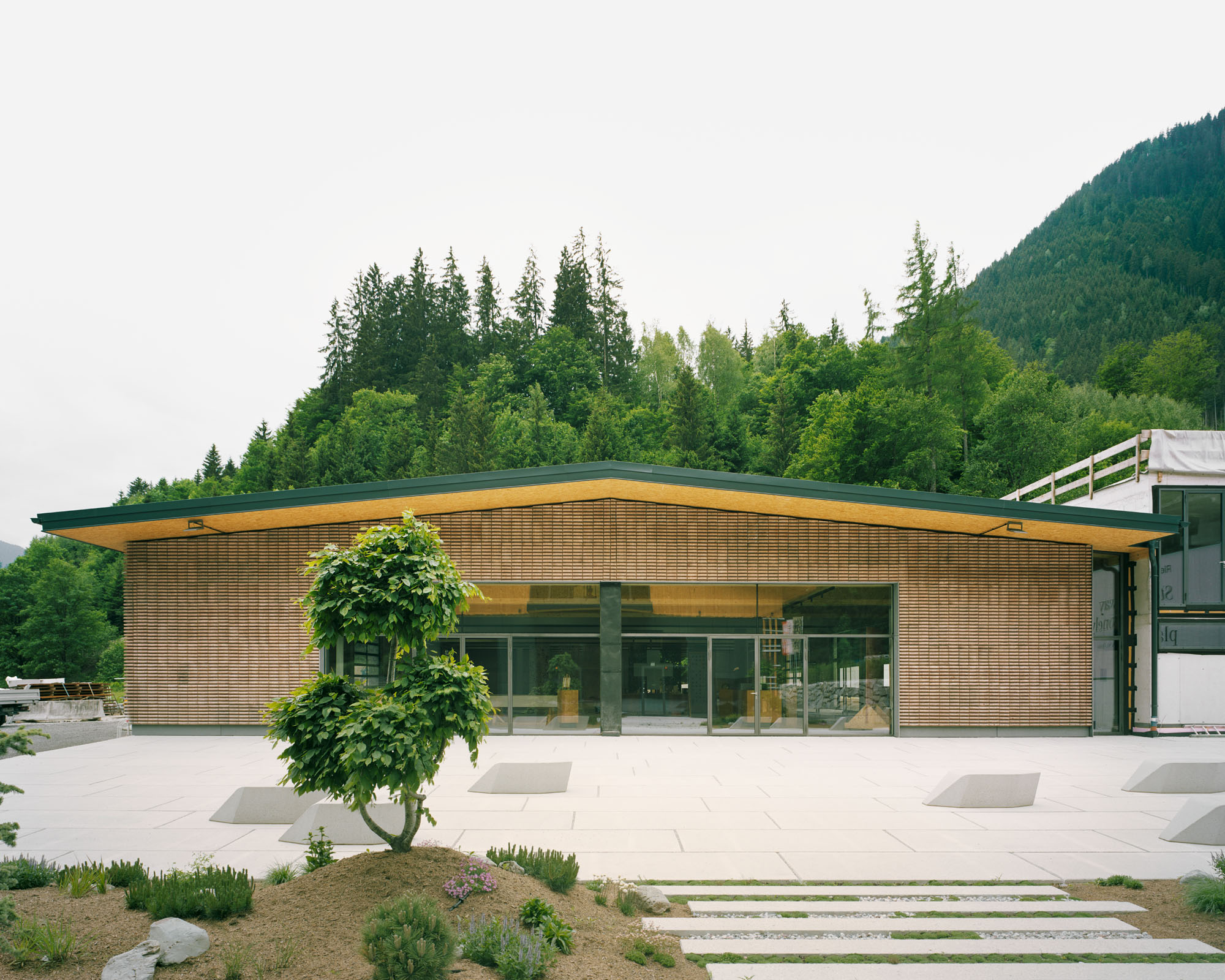 The reconstruction work at the new glemm21 company headquarters in Maishofen, Austria is making good progress.

„Using what’s there already rather than building something new is known to be the best way to save grey energy and reduce land sealing. And so we tried it out on ourselves“, explains Wolfgang Rieder the construction work at the new headquarters. A disused bus garage was turned into an experimental laboratory for greening. The existing building was utilised and many other components were also reused or recycled. The company used concrete columns from Rieders grandfather’s and father’s old factories, a previously produced massive concrete beam, 150 tons of recycled steel girders and much more. Floor coverings, wall coverings and furniture were also reused. Even an old wall made of arolla pine wood that was dismantled elsewhere was reused and helps create the pleasant ambience of a modern working environment.

The principle of building in the existing fabric allowed Rieder to save around 1,000 tons of CO2 compared with a new building, while at the same time turning an unattractive new building into a prime example of resource-efficient circular construction. The transformation process was supported by an engineering firm specialising in energy-efficient construction. Around 1,000 tons of CO2 were saved by transforming the former bus garage into the future-proof headquarters glemm21. This is equivalent to the annual electricity consumption of 1,000 three-person households.

glemm21, the new company headquarters developed in cooperation with Vitra, impresses with a modern working environment. For this purpose, communication channels, spatial relations and many other requirements were analysed. This resulted in an overall concept for flexible work zones, spaces for focused individual work, creative work, group coordination, meeting rooms, informal spaces and much more. The modern campus with its many green spaces, vibrant design and a Maker Lab offers fertile ground for future-proof innovations.