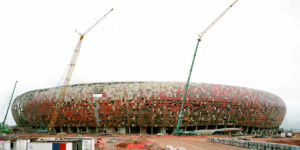 Thanks to its imposing appearance, the Soccer City Stadium in Johannesburg has quickly emerged as the landmark of the 2010 FIFA World Cup. 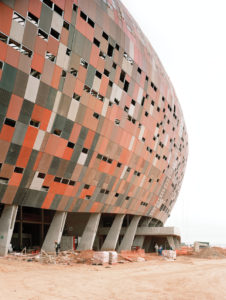 The 2010 FIFA World Cup was to become an “African” World Cup, showcasing the flair and culture of the continent. Therefore, the design of the stadium also incorporates many elements of Africa. For over a year, Rieder was involved in the realisation of the World Cup site in Johannesburg. 40,000 glassfibre reinforced concrete panels in various African colours were delivered to South Africa, further processed in the purpose-built field factory, and installed in the largest stadium in Africa. During this period, all subtasks, such as cutting, packaging, manufacturing of fastening profiles, seals, etc., were implemented and the installation of the components carried out. On site in South Africa, the required frame modules could be assembled just in time. The steel elements were simply fitted together by local workers. Each module had its own blueprint. The mounting frames and panel elements were developed independently and manufactured at the production site in Germany, but provided to the customer as an integrated unit by the on-site factory. 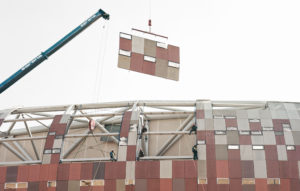 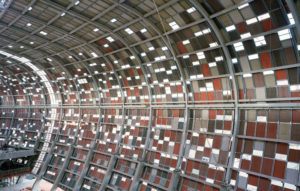 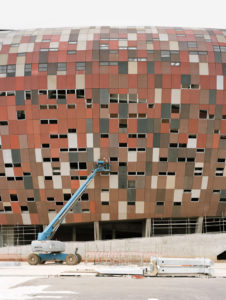