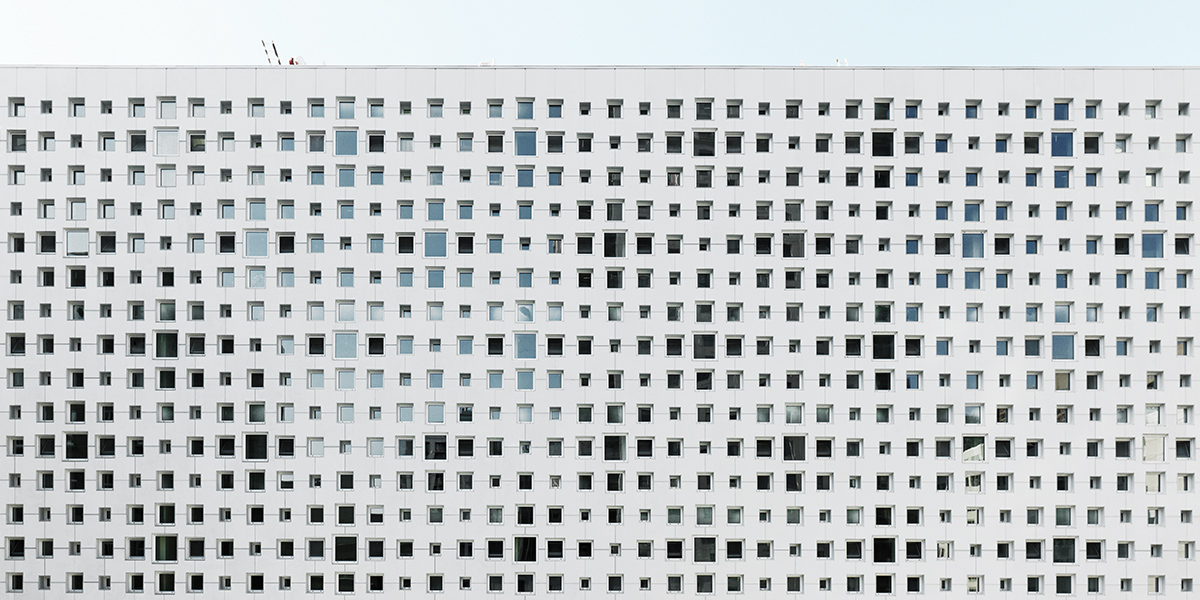 The concrete facade provides a minimalist and elegant backdrop for the venerable Mount Stephen Club in Montréal.

It stands out even though it is not located in the front but in the second row: the modern section of this Canadian luxury hotel Mount Stephens in Montréal was recently given a new facade made of fiberglass-reinforced concrete from Austrian company Rieder’s Smart Elements range. An elegant villa with neoclassicist elements also forms part of the hotel complex; it was an exclusive meeting place for the city’s wealthy businessman in the early 20th-century. By giving the new building white outer walls and different sized window openings the architects at Lemay Associés succeeded in not only integrating the building into its surroundings, but also simultaneously in lending the hotel a flagship appeal.

The facade of the 12-storey building boasts a restrained yet varied pattern, which is inspired by the original interior of Mount Stephen Club, specifically the design of wallpaper, wall hangings and lace embroidery. It took 1,200 square meters of fiberglass-reinforced concrete panels to achieve this look. Around 1,000 cross-shaped concrete skin elements combined with different sized windows create a highly attractive perforated pattern, which appears all the more magnificent at night when the building is brightly lit.

It was thanks to the special fibreC panels of fiberglass-reinforced concrete that the overall effect is one that is both subtle yet present. As part of its line of concrete building skins, family-run Rieder offers panels that are no more than 13 mm thick. It is this and being able to order them in any size up to 1.2 x 3.6 meters, which makes their use so flexible. And given their malleability they can be used for cladding corners and edges. Not to forget, the different colors and exciting surface structures available encourage their creative use.